Value is in the eyes of the beholder 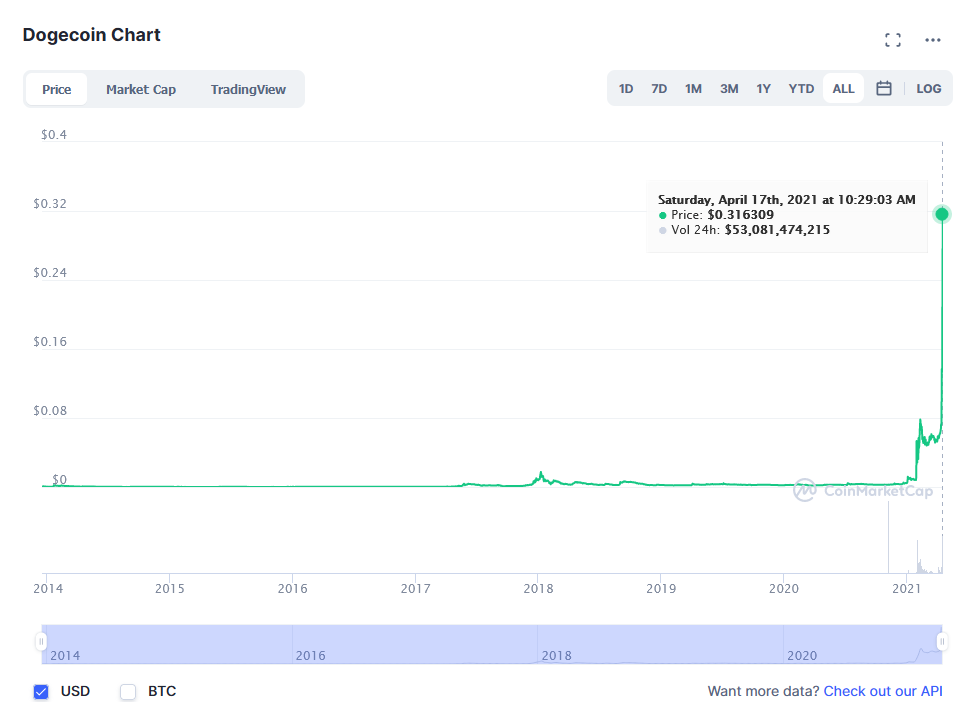 You understand that this surge is crazy. In fact, it seems like it’s a similar coordinated action as the ones from GameStop.

So why is this happening? Wasn’t Dogecoin a memecoin? It’s worthless! At least Gamestop is a business!

You’re right. Dogecoin is a memecoin. It was a response to the serious Bitcoin people back in 2013. It doesn’t have any technical relevance nor it’s well designed. It was just a joke for people to have fun. It is not well maintained (you can check Github activity).

And I will tell you. It doesn’t matter. You need to understand that value is in the eyes of the beholder. Why are those Pokemon cards so valuable now? Because people find them valuable. What’s behind doesn’t matter.

The market is not only about technical analysis. The market is about how much are people willing to pay for something. Dogecoin has an undeniable value: it’s the first memecoin. And that may be enough to retain some value forever!